Our story - Due date came and my partner and I decided to have a 'due date date night' so dressed up and went out for a gorgeous meal. Little did we know as we ate that meal that my waters would break on our return home and I would be giving birth in the same outfit I had worn to dinner! 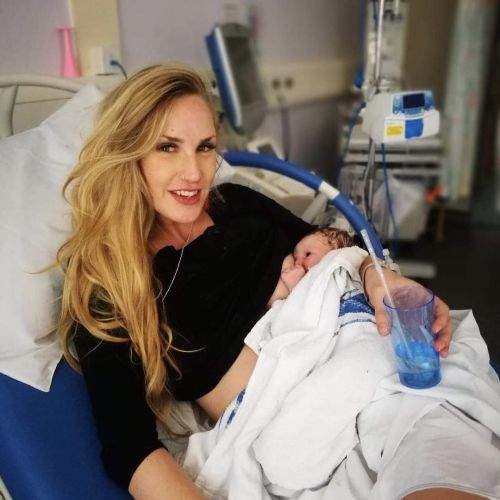 On our return home in bed my partner had me in a fit of the giggles! Initially I thought I had wet myself laughing, shockingly to the pair of us it was my waters breaking! I did not feel uncomfortable at all so planned to go to sleep. Unfortunately my waters seemed green and was told this could be the presence of meconium.

On arrival I was told immediately that my waters looked to contain meconium, because of this I had now gone from being a very low risk birth to high risk. I was told they needed to get baby out as quickly as possible as there was a chance baby could be "very poorly" inside me. I would be taken to labour ward, attached to a hormone infusion to be induced, my labour would be "managed" by at least one midwife and a team of doctors and I would require continual monitoring. The complete opposite of the water birth in the birthing centre with minimal intervention that I had imagined. My partner was extremely concerned I would become upset at hearing this, but to my own amazement the skills I had been taught and had practiced from the wise hippo programme kept me calm and able to process what I was being told was best for my baby. I had a sudden surge of positivity and thought 'okay lets do this!'

Before being attached to the hormone infusion the midwife wished to examine me to check both my fore and hind waters had broken, she told me that they had and I was 1cm dilated, the infusion was then started and the rate increased every 30 minutes. I was amazed at how quickly the surges started, they became quite powerful but were manageable using the breathing techniques we were taught in class.

However within an hour or so the surges became almost constant, with less than a minute between them which made them much less manageable and I started to lose all my focus and felt as if I couldn't go on any longer. I asked the midwife to examine me as I believed that would help me to know how many centimetres I had to go. Unfortunately she told me I was only 4cms dilated, I felt a failure that I couldn't cope with the surges this early on, I was so tired and so asked for help in the form pain relief and received a shot of diamorphine. The infusion was also slowed down as I was having more surges than they had anticipated.

Within a few minutes of the vaginal examination and the diamorphine shot, I felt something had changed, I told the midwife but she didnt look up from her note writing. She informed me that "baby is making their way down but you are only 4cms and have a while to go yet". I put my hand between my legs and saw blood, I felt different down there too so I parted my legs and asked the midwife "whats that it feels strange?" to which her reply was "OH S**T!” and the emergency bell was pulled.

I had gone from 4cms to fully dilated in 30 minutes!

Birthing baby was nothing like I had imagined, I remember thinking as it was happening -all that time and energy I had wasted listening to peoples 'top trumps' of birthing horror stories. My body took over and knew exactly what to do, just as the wise hippo programme tells you! I asked Tom for my earphones and wise hippo tracks and actually laughed, much to the midwife and toms amusement and said "I'm doing it! I can do it!". The midwife took my earphones away at one point and told me I was too relaxed and needed to stop breathing baby down and push so that they could make sure baby was okay, after 2 or 3 episodes of bearing down my beautiful daughter was placed in my arms and the whole world stopped moving because she was so perfect. 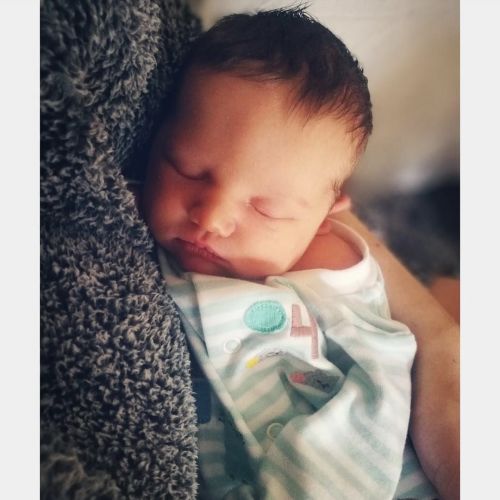 The paediatricians heard her cries and left the room, I was told she was healthy and not sick from the meconium. Unfortunately on her first feed this changed. Only myself, my partner and a student midwife were in the room at this point, as she fed she turned purple in front of our eyes, my partner went into autopilot (we are both nurses) and pressed the emergency bell whilst vigorously massaging her back, after some high flow oxygen and just a matter of seconds she was crying again. We were told some meconium may have been up her nose and obstructed her airway when feeding. I found the 5,4,3,2,1 breathing helpful when I became anxious. Thankfully our daughter is now a healthy little 11 day old milk monster! The wise hippo teachings have been priceless for me, they made the run up to labour, labour and even anxieties post labour completely manageable and relaxed me, I cant thank you sarah enough! 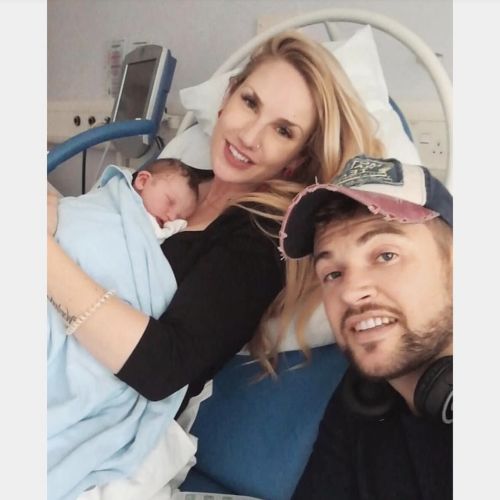