Before attending hypnobirthing course with Sarah, my husband Andrew and I were quite nervous and apprehensive about the birth of our first baby. I’d heard of hypnobirthing and was intrigued by the concept having heard a really positive birth story from another of Sarah’s clients and it felt like something that made sense to me.

We took the course when I was around 23 weeks pregnant so we had plenty of time to practice. I was quite shocked at the difference in my feelings around birth before and after the course, just from spending a few hours with Sarah. I found the concept of hypnobirthing really easy to get on board with and the techniques were simple enough to be able to practice everyday. Andrew also felt reassured that we could have a calm, positive labour. 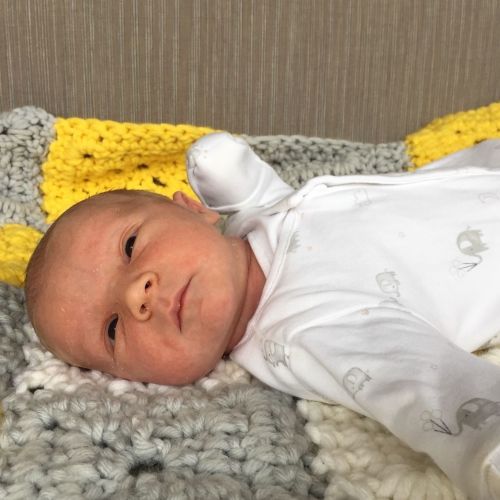 I was hoping for a calm water birth in the MLU surrounded by candles and tea lights at the RD&E hospital, however, at 9 days overdue my waters broke. 24 hours later I still hadn’t gone into labour, so I was induced with the pessary at 8pm on the 4th April. We were kept in hospital overnight to be monitored for signs of infection. My surges started around midnight, but I managed to get some sleep by using my waves of relaxation technique through these early surges, which were more like strong period pains. In the morning I was hooked up to monitors to keep an eye on baby which meant I couldn’t move around, which became pretty uncomfortable. After two sets of readings I had to be transferred to the labour ward for further monitoring as baby’s heart rate would decelerate when I was having a surge. I managed to have wireless monitors now so I could move around, but baby didn’t like the upright and forward positions I so wanted to be in, so I had to sit in a chair. Still not happy with the monitoring, a FSE was attached to baby when I was 3cm dilated and I was hooked up to a drip for hydration (which was quite stressful as it took them 3 attempts to get the cannula in!). This meant I could get up and move around but the tens machine or water birth was now out of the picture. One of the strong messages in hypnobirthing is to accept any situation during labour, and that’s when the techniques we’d practiced really helped. The midwife was also an advocate for hypnobirthing and really guided me into keeping as calm and relaxed as possible.

The midwife went on lunch and Andrew and I were left alone finally with hypnobirthing tracks playing in the background. During this hour I went from 3cm to 10cm dilated, which was a really powerful, all encompassing experience, but Andrew helped with massaging and applying pressure my back and using a hot water bottle. When the midwife finished her lunch I was going through transition. I was convinced I needed an epidural and that I just wanted it all to stop. She took one look at me and said, I think it’s time to start pushing! After an hour of pushing with gas and air, and sitting in a chair with my legs up in stirrups, Archie finally made his appearance, born at 14.43 on the 5th April. Andrew was brilliant throughout the whole thing, staying calm and having the confidence in me to get through labour in a really relaxed way. 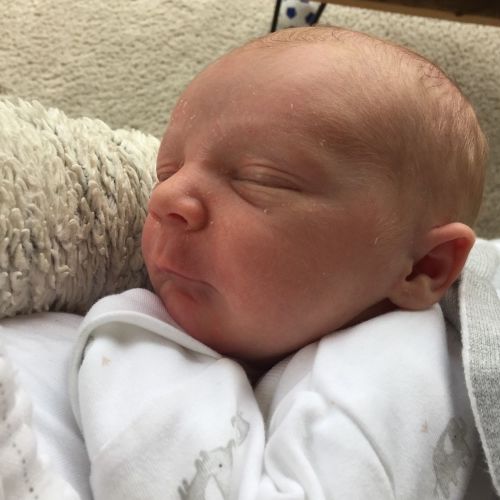 I can’t recommend Sarah’s course enough. It was so vital in to us having the birthing experience we wanted, and especially for Andrew to be reassured that labour doesn’t have to be like what is portrayed on tv and in films.